The moment you first laid eyes on her, you were captivated. She has never left your thoughts. Today is a special day for you. There will be no interruptions. You and her will walk down the aisle, face each other, and finally your blades will clash.

You drink in her form as she dances around you. She looks into your eyes and sees the real you.

Remember. Remember the times that you were together. The times that led to this. When you knew you hated each other, when your hatred for each other grew. Today is a long time coming. Victory here will be the sweetest ambrosia imaginable.

It is the story of two rivals as they experience their first duel with each other and everything that brought them to this point. You will need yourself, a friend, and the desire to make somebody taste your steel.

This game is currently in early access. Available are two spreadsheets and a pdf export of the spreadsheets. Art, logo, editing, refinement, and a real layouted pdf are coming, as well as a gender neutral version of the rules.

Enjoy a 10% discount while this game is in early access.

In order to download this game you must purchase it at or above the minimum price of $8 USD. You will get access to the following files:

Support this game at or above a special price point to receive something exclusive.

If you are feeling financial hardship, feel free to take access to this project.

Buy a copy of Blade-Kissed for yourself and for somebody else. Each purchase adds an additional community copy

The first thing that stands out about Blade Kissed is the strange formatting. It's an excel chart in a pdf. This takes a little acclimating to, however the game itself is thematically really solid.

In Blade Kissed, you're a lady with a sword. You're also fighting a lady with a sword, who you *hate*, but also she's maybe really hot and you don't have a good way of communicating that to her, which on reflection might be why you're fighting.

As the above might indicate, Blade Kissed is EXTREMELY flirt-focused. Like really extremely very. If anything, I'm under-emphasizing it.

There are mechanics for focusing in on different moments during the swordfight, and the mechanics are relatively light, but the moments are notably spicy.

So if you want to play a game where you're drenched in sweat and you have your blade under a hot duelist's chin and they're staring defiantly back at you, furious at the imbalance in power (or alternately you're in the same situation but the positions are switched,)  this is that game.

If you don't want to play a game that's about flirting at maximum velocity, this may not be for you.

Otherwise, it's cool and it's well written, and it's worth checking out.

An amazing game that I find of all the games I've read can do the best at settiing up dramatic fights you would see in your favorite battle anime so well! Can't wait to try out this awesome gay game.

This game can do it all, life or death battles, petty nobles fighting, nervous dueling club flirting, what more do you need? 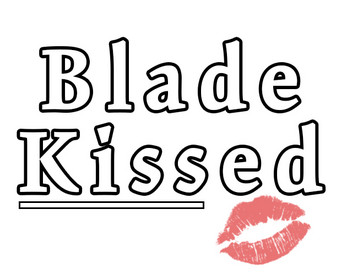